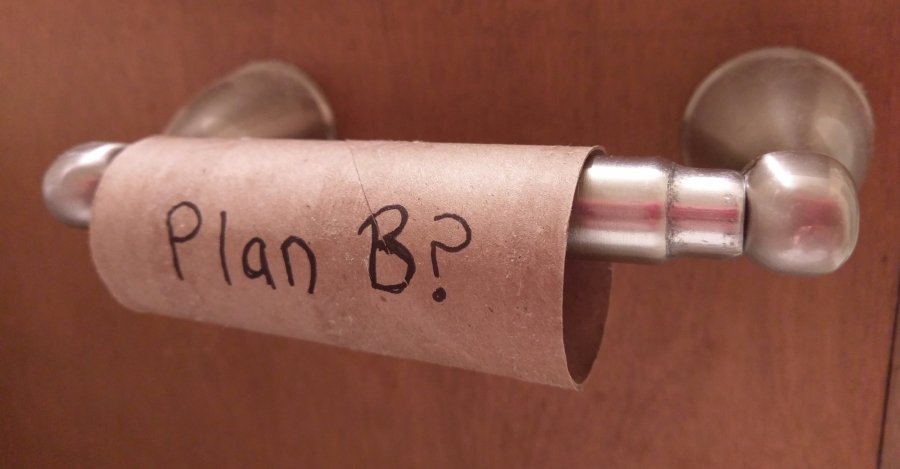 Before I launch into my day of indignity, I just want to say that I hate to tell you, but as a species, we’re doomed and there’s no way around it. The culprit? It’s not climate change; it’s not nuclear weapons; it’s not a worldwide pandemic; it’s not even an asteroid of doom heading our way. Oh sure, one of those will most likely be the agent that finishes us off — but you want to know who the main culprit will be? It’s the asshole asleep at the switch who could have done something about it. And there are a bunch of them out there sprinkled through all levels of society and responsibility. All unintentionally working to screw us over. Oil spills, nuclear meltdowns, plane crashes, space shuttle disasters, you can bet with some of these catastrophes it wouldn’t have happened if someone had been better at his or her job or simply gave enough of a rat’s ass to ask questions and follow up. I guarantee you, if there’s a team of people whose job it is to monitor a sector of the night sky for rogue asteroids, one weak link is bound to be playing solitaire on his shift or tweaking the lineup of his fantasy football team and overlook or dismiss the killer rock. Even if he overcomes his incompetence and spots something and reports it, there’s a good chance that his boss, or someone else up the chain of command, is a bureaucratic moron.

Don’t worry, you’ll see where I’m going with this.

Maybe the guy had just said to the clerk ‘Hey, you’re out of toilet paper in the men’s room’ without conveying the true urgency of the situation.

Ride Sharing — the bane of my existence that day

I’d had a rotten start to the Lyft/Ubering thing the other day (yes, I’m doing both simultaneously to maximize rides; well, kind of — I’m not a fan of the Lyft app as it’s failed me badly on two rides and I keep turning it off). However, both apps were having navigation issues that morning and during my first Lyft ride, the passenger and I, in a cooperative effort to defeat the glitching map app and get him to his destination, were huddled over our respective navigation apps like Lewis and Clarke pouring over some jinky chart drawn on a buffalo hide. The second ride was Uber and it wasn’t any better — in fact, it had two instances of the navigator going at the same time (I don’t have the energy to explain how I managed that) simultaneously giving me conflicting verbal commands to two different destinations — in fact, my fare told me he kept looking at his Uber app to track my car and he wondered if I was drunk or having a stroke as I drove all over God’s green earth until I finally figured out which set of instructions to ignore.

So I dropped that guy off at a gas station next to his work so he could grab some breakfast. I’d only been working slightly over an hour but had been through the wringer. Anyway, we were at one of those combo ventures, a convenience store and  McDonald’s mashup operating out of the same building; the Mickey D’s even had a sitdown area and a drive-through.

I decided to buy some cough drops. I’d been afflicted with a scratchy throat that brought on uncontrollable fits of coughing unless I was constantly sucking on a lozenge, and I didn’t want my passengers thinking I was some kind of a plague bearer. I got in line behind a dude who was obviously ready to pay and peering around expectantly because there was no clerk behind the counter. She was off to the side, just staring out the window. You could tell by her body language and the skillful way she ignored the guy at the counter that she just didn’t give a rat’s ass. Here was a woman impervious to the threat of a poor performance review, who had no inclination to acknowledge the needs and expectations of her fellow humans in regards to her job.

Eventually, I was able to pay, but before returning to the road, I felt the call of nature and decided I should make use of the facilities. It was a small restroom, clean, with one stall. Cut to the chase, I reached into the toilet paper dispenser and my fingers grabbed nothing but air. Huh, the roll must be nearly depleted. So I reached even further in. Nothing. Concerned, I looked under the opening to locate the out of reach end of the toilet roll. Let me amend that — not nearly depleted, no it was completely depleted. Nothing but a thick cardboard tube. Fuck….

I’ll be honest, this was my nightmare scenario. I’m a pretty modest individual who doesn’t change in front of people and likes to pretend that the baser physical functions don’t exist. Normally, in a public restroom, I check to see that the toilet paper is fully stocked to avoid such a situation, but today I’d broken protocol. And now I was about to pay the piper.

How could this have happened? Let me tell you how.

The situation goes down the toilet 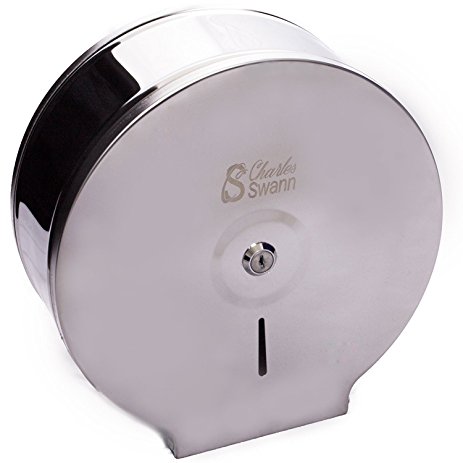 The toilet paper dispenser hanging from the wall was industrial size. The roll of paper it holds is absolutely mammoth — think of the giant millstone that Arnold Schwarzenegger rolled around by pushing the Wheel of Pain day after day, year after year that transformed Conan from a scrawny kid into a hulking barbarian. Yeah, that size. Whoever’s job it was to monitor the toilet paper level obviously felt comfortable enough with its gargantuan size that the thought that it would eventually run out at some point was utterly inconceivable — much like when someone says “Hey, did you know — the sun is going to run out of hydrogen in 5 billion years?” resulting in maybe a raised eyebrow but typically a ‘Yeah, whatever, dork.’ That yeah, whatever attitude was at the root of my current predicament.

Sitting there mulling over my options, I have to admit that none of them looked promising. Seeing as this wasn’t the third year of the Siege of Leningrad, rummaging in the waste bin next to the toilet for scraps of paper was not even an option. The restroom was empty so I cracked the stall door and peered out looking for the paper towel dispenser by the sink. Great — no dispenser, just an electric hand dryer, which was completely fucking useless unless I tried to turn the sink into a bidet. $#@%@#$%!!!!

The Seinfeld episode where Elaine is in a stall when she realizes there is no toilet paper, and the person in the next stall can’t spare a square, came to mind. Someone entered the restroom. Patiently, I let him do his business at the urinal and when he was done washing his hands, mortified, I took a deep breath and called out to get his attention. I quickly explained the situation to him and asked him to tell the clerk that the men’s room was out of toilet paper. This tells you how much I’ve loosened up in my modesty — as a teenager, I would have sat in there until late at night and the place was practically deserted and then tried to sneak out.

Long minutes went by and nothing. Maybe the guy had just said to the clerk ‘Hey, you’re out of toilet paper in the men’s room’ without conveying the true scope and urgency of the situation.

Finally, the door cracked open and the clerk shouted in.

“I’m not responsible for the toilet paper. It’s McDonald’s bathroom. But I’ll let them know you’re in here.”

Yeah, tell them all. Better yet, get everybody in the building in here and we’ll have a fucking Kumbaya sing-a-long.

Finally, one of the Mickey D’s people brought in the giant roll. The logistics of it was beyond him, so I told him just to set it flat on the floor at the base of the stall and when he left, I dragged it in like the Creature from the Black Lagoon did to its victims.

Finally, eyes down, I took my cough drops and what was left of my dignity and slunk out to my car.

Eventually, I told the Houseguest about my misadventure, and after she got done laughing hysterically and got up off the floor, she naturally told me all the things that I should have done, which were not actual options based on the circumstances. She also informed me that’s one of the beauties of having a purse — it’s kind of like Batman’s utility belt. Point taken.

2 thoughts on “Can You Spare a Square?”