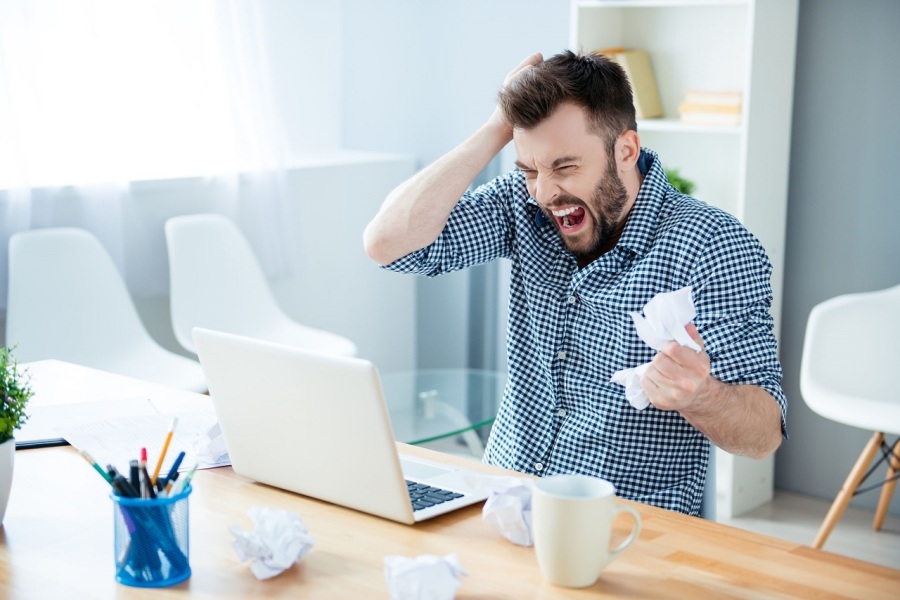 Do you ever wonder if you’re wasting your time blogging and ask yourself whether you should quit? That was the question I was asking myself the other day. Do I stick with my blog or bow out? Maybe let it fade into obscurity? (Actually, it’s already obscure so that wouldn’t take much effort). I’m sure these are common thoughts that cross the minds of most bloggers at some point.

For me, I started thinking about this because man, it feels like forever since I’ve posted. Recently, I guess I’ve been feeling low energy blog-wise and unmotivated and that’s why I toyed with the idea of going on hiatus, which for many people is just a euphemism for quitting. I mean, I’ve been kind of busy (well, for me) working on a personal writing project, which has eaten into my blogging time, and I have a client or two who are paying me for my professional copywritin’ skillz. Both are a higher priority than the blog. Or they should be — and that was a problem because the blog was a passion for the first few months. (I always have issues with my priorities). Putting umpteen hours into a blog post when I should have been working on my book was not good.

But Sean, I hear some of you saying, you don’t have a full-time job right now, you have tons of time. Well, I do have some time, but trying to be creative is hard and eats up energy and dividing it between different projects tends to rob me of focus. I guess I just need to get better at switching between projects or multi-tasking. But, let’s face it — I’m far better at doing one thing at a time.

When I first started blogging, I really hit the ground running, and I sometimes posted several times a week. But I never realized how much work producing a blog can be until I got into the thick of it. Generating content on a regular basis can wear a muthafucka out. It requires *gasp* commitment and drive, two things that aren’t native to my make up. And it can be overwhelming thinking that I really need a new blog post and I don’t have a subject in mind. Do I crank some generic blah blah out just to keep the flow going or sit back and wait for inspiration (cause that might be a while)? Does cranking a blog out cheapen the quality of the overall product or does it keep it relevant when people randomly wander by to see if there is new material?

So what’s going on? Am I quitting?

Anyway, no, I’m not quitting. This is just a quick post to let my legion of adoring fans (i.e. my handful of bored readers) know that I have not abandoned blogging though it might seem that way (more than likely, they probably haven’t noticed).

I actually have a small backstock of posts to get to but like I said, it takes effort producing a polished blog — or it does for me, anyway. As my friends who insist on posting annoying sloth memes on my Facebook page know, I’m slow. Slow as molasses as my dad would have said. Or as my Irish granddad used to tell me “You’ve got two speeds, lad. Dead slow and stop.”

So, I know what you’re thinking: Why are you screwing around posting this extraneous drivel when you could be working on your normal immature drivel?

Fair point. I kind of felt that I had to get momentum back and address this for myself, so rather than having an internal dialogue, I just started typing spur of the moment. So back off!

Also, I guess I hit a wall with my blogging. Much like the wall that NFL rookies hit midway through their first season because they didn’t know what to expect and aren’t used to the grind. Really, I had no idea what to expect. I also came to realize how hard it is to build an audience when there are literally millions of other bloggers vying for attention. And that shit gets discouraging when you look at your stats and you realize that after the initial curiosity factor, fewer people are looking at your stuff. You think you’re producing something that has some entertainment or informative qualities but no one is reading.  As semi-professional ranter Kieran Richarson says about his Bullshit blog “Yep — every time I visit my own site, traffic doubles.”

It’s natural to wonder why you should slave away writing something that no one is going to read.

Trust me, I’m the King of Discouragement. When things don’t go right, it’s normally time for Sean to give up and go watch TV or play a video game. That’s been my M.O. for a long time. But things had to change.

There have been other distractions when it comes to blogging — I’ve been working on a book. No, really, I have (I’d like to give a preemptive F.U. to Jason Etzel. Just shut your pie hole). Yes, I know, I’ve been “working” on a book for years, but usually, it was just lip service, something you tell people at parties to impress them or to save face when they find out that you went to school to be a creative writer and want to know what you’ve published or are currently working on.

True, the effort I’ve put into my book over the past ten months has been uneven, based on how discouraged I am at the moment, but I am actually working on it and making some headway. I have placed my chapters into Scrivener (a handy, if not always intuitive writing program) and can easily see where I’m at and move things around as needed. In addition, I’ve stopped saying to myself “if I finish it” and switched to “when I finish it this year” because I’m tired of just floating along making excuses. And if no one reads it, I can still hold my head high as I say “Well, fuck them anyway. Stupid unappreciative philistines. At least I did it.”

So, that’s another reason I haven’t blogged as much lately. I had to switch up my priorities.

Why continue to blog then? Why put in the effort for the high probability of little or no return? Well, I asked myself that. It would be easy to give up and just let it fade away. But in the end, I guess I enjoy putting my skewed view of life out there. And if a couple people get a chuckle out of it, that’s good enough for me.

So don’t worry, I’ll keep posting. And to the few of you who faithfully show up, I totally appreciate it!

And to you other bloggers out there. There may not be a pot of gold at the end of the blogging rainbow, but if you like blogging, keep at it. That can be a reward in and of itself.

Anyway, time to get back to my book — well, after I take a nap.

15 thoughts on “Should I Stop Doing My Blog?”