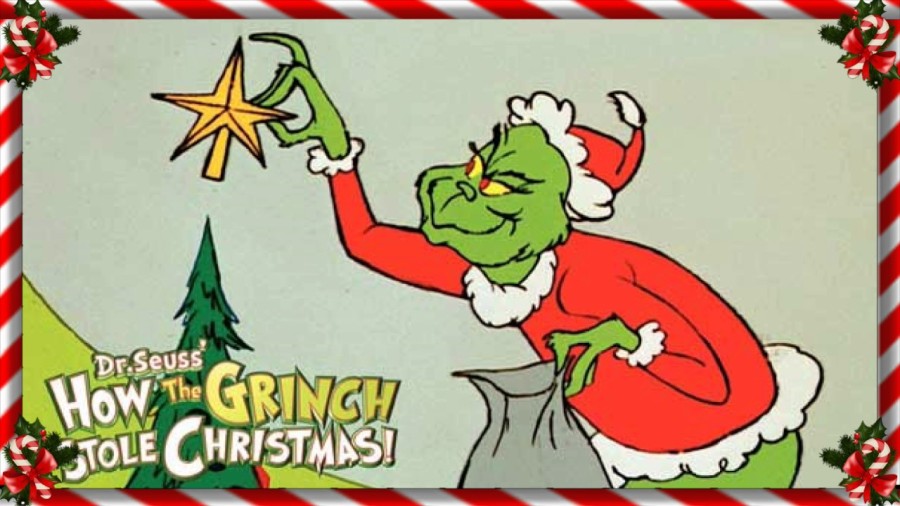 Wow, it’s already January 10! It’s been three weeks since I last posted. (Guess it’s a good thing I didn’t make a resolution about posting blogs more frequently.)  The question is — Where did the time go? Nowhere, actually. I had plenty of it — I just didn’t do anything particularly productive with it. Naturally, I took a break for the holidays (The job gave us tons of time off — it was fantastic). I really intended to be super productive, but my period of inaction was just a tad longer than I’d planned — it pretty much lasted until I went back to work. And then I got a bad cold for a few days this week, I had work to catch up on, video games to play and, and, and…

Okay, let’s call a spade a spade — I’m a bit of a procrastinator. How bad of one? Well, I still have Christmas presents to mail out to my niece and nephew. (Bad Uncle Seanie, right?) Well, uncles are for teaching life lessons and they’re teenagers now so this year’s lesson will be about patience and disappointment. Actually, by now they’re used to my presents arriving at odd times. I have to say, the lateness must run in the family. My mom was frequently late with her Christmas cards and my sister is keeping that tradition alive. In fact, she didn’t even mail any out this year, though, in her defense, a hurricane did ravage her town a few months ago and they’re still recovering. (Seriously, it still looks like a war zone.)

Never look a gift horse in the mouth

Since my niece and nephew are teens now (16 and 14), I don’t actually send them presents anymore because I haven’t the foggiest idea what they’d think would be a cool gift. So, instead, I usually fall back on that tried and true minimal effort present — the gift card. Technically, it’s still a gift. I mean, everyone loves money, right? But this year, after reading an article about mail thieves, I was reluctant to put gift cards in the post. So, instead, I decided to send a check to my niece for them to split (The nephew doesn’t have a bank account).

Then I decided to kill two (actually multiple) birds with one stone. I had a book to mail out to their mom. About five years ago, my friend Jason put together a book of some of my popular Facebook posts as a joke. (He actually did a really good job with it.) I’d meant to give my sister a copy of it a couple years ago and had one specifically printed up for her — but I forgot to pack it when I went to visit. I also needed to return a pair of my nephew’s red and black socks that I ended up with after I visited in 2017. Now, no one is at fault here — I didn’t steal them; it was an accident. It’s not like I can’t afford my own socks (plus, they are not my style). My sister had me stay in his room while he bunked down the hall and somehow they ended up in my case when I packed to go home (he probably took them off and chucked them near my pile of clothes). I meant to send them back a year and a half ago, but — well, you’re probably sensing a pattern developing here.

I could just mail it all together.

Then inspiration hit! I’d turn it into a practical joke because, thinking about it, I don’t believe my nephew even knows I even have his socks, so why not mail them back as a present? (Surprise!) So a couple of days after Christmas, I put the socks in a gift box complete with a bow (Well, the Houseguest did. We all know about my gift wrapping prowess) and a card with a note of apology. I also decided I’d wrap the book as a present. I chuckled imaging the looks on their faces — my niece would be wondering where her present was and my nephew wouldn’t suspect he was about to get punked. It was perfect.

Of course, that was two weeks ago. I actually tagged along with the Houseguest last week when she went to the post office and I took my stuff with me. But I ran into a problem. I wanted to send it out as a Flat Rate package but they didn’t have a box quite big enough except for a large. And I didn’t want to pay that much to ship a book and a pair of smelly socks (Yeah, I didn’t wash them. I know. More evidence I’m a terrible uncle). But in spite of the delay, I’m still going to take care of it. Someday. Hopefully before next Christmas. You’ll have to trust me on it…

Just as I was wrapping this post up (No pun intended) the Houseguest decided to put her two cents in after poking her head into the Man Cave and asking what I was blogging about. When I said, “It’s about my Christmas procrastination” she scoffed and said doing absolutely nothing until the holiday passes does not count as procrastination. Whatever. Rather sanctimoniously, I explained to her that my intention to do something is what qualifies it as procrastination. For what it’s worth, my mother used to say the road to hell is paved with good intentions.

Oh yeah, it’s my sister’s birthday tomorrow. Maybe I should get a birthday card to put in the Christmas package before sending it off? No, better not. It might not get there till June.

(Hope you all had a great holiday, by the way! Thanks for reading!)

4 thoughts on “The Bad Uncle: A Christmas Tale of Procrastination”