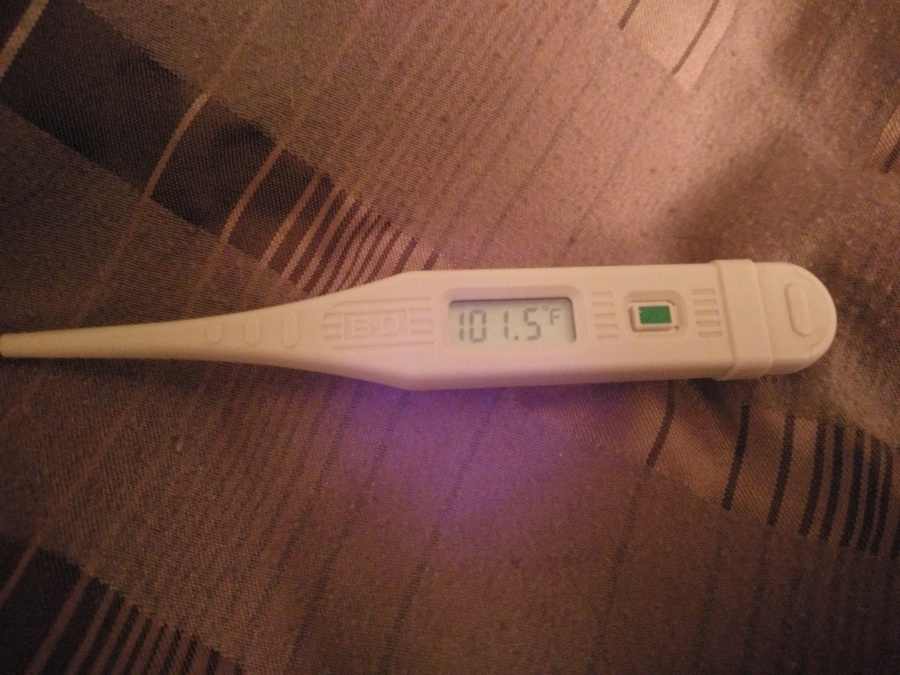 Oh God, the Houseguest is sick again. She’s normally the picture of health — works out and eats right. But the past few months, she’s turned into a real plague bearer. She just walked in the front door looking miserable and announced she has a sore throat. Again. And right before I’m supposed to go to England in less than two weeks for my cousin’s wedding. That means I’m probably doomed to come down with whatever malady she’s contracted. For months, we’ve been passing around illnesses like trading cards. So far, she’s winning 4 to 2. And it looks like her record could improve to 5-2 in her favor if she successfully passes this current illness on to me.

The House of Plagues

Man, during the past six months the Land Manatee household has been under constant viral assault. Normally, I get sick once, maybe twice a year, but since the winter of 2018 and the first few months of 2019, it’s been one illness after another. What is going on? Is my immune system on a union break? One thing for certain, the Houseguest is definitely the weak link. Being a veritable hermit, I’m normally shielded from communicable diseases, but she insists on going out in public and working around masses of strangers and then returning to the house. No way I can beat those odds.

Not only that but for a while, everyone seemed to be sick at my small office too, which added to my plight. I’m pretty sure one of our account managers gave me a nasty cold a couple of months ago. I tried to fight it and kept going into the office (like everyone else), but I guess I was kind of loud about it. Miserable and super phlegmy, I had a hacking cough reminiscent of a barking Harbor seal, which, naturally, didn’t make me very popular as I hawked up phlegm and coughed my way through the day. Someone finally ratted me out because the agency owner called me at 6:30 a.m. the next morning and woke me up and said someone had expressed their “concern”.

“Rivers. Stay home, buddy. Don’t infect the office. You’ve got sick time. Use it.” (Rivers is the nickname our other copywriter, Lenny, gave me years ago.) Well, sure, that was fine with me, but what about the other plague bearers who’d been huddled at their desks in the office? Oh well. C’est la vie.

The scourage of illness continues

That illness took three more days for me to work through and the cough lingered on. I still had it a month later when on a Friday, I left work an hour early not feeling well. By the time I got home, I had a mild fever. (Why do I always get sick in time for the weekend?) The Houseguest had just gotten over being ill and I knew she’d probably gotten me in our game of Plague Bearer Tag. After I told her I was sick, I think she felt guilty about getting me ill again because she offered me some of the food she’d prepared for her dinner.

By 8 p.m., my temperature had started to climb.

The Houseguest began getting annoyed with me for taking my temperature every 30 minutes with my digital thermometer and texting her with updates from my bedroom.

She told me it wasn’t changing that rapidly or helping my mindset, and besides, I needed to get a new thermometer. I ignored her and took my temperature again, huddled under my comforter so she wouldn’t hear the thermometer beeping. My fever had slowly climbed to 100°F (37.77°C).

The reason she thought I was wasting my time was that I had made the mistake of telling her my thermometer might not be completely accurate. I don’t know why I even mentioned it other than my old director from my time at the Chimp Farm (that’s a future post) drilled it into us not to use digital thermometers. She was in her late 60s or early 70s and set in her ways and definitely had a bias against them. She questioned their accuracy and insisted we use only old-school glass mercury ones. I guess I should be thankful she only required we use the oral ones.

Anyway, I only had a digital thermometer on hand because two years ago I dropped and broke my glass one, briefly turning my bathroom into a HazMat zone. So for the rest of the night, as I read off my climbing temperature to the Houseguest, she dismissed the news and kept telling me to buy a new thermometer. Apparently, when I had said “might not be completely accurate” she had translated it as “completely worthless”. She also gave me a list of things I should do to take care of myself and told me to go to the Urgent Care the next day.

Taking my temperature again, I looked at my latest reading: “100.9,” I croaked out.

“109!” she responded in disbelief from her room before appearing in my bedroom doorway. “You’d be in the hospital.”

A while later, from my bedroom, I could hear her chatting to a mutual friend over the phone. She mentioned my fragile constitution and hypochondria and unwillingness to listen to her practical steps. By that time my fever had risen to 101.5. If I’d had the strength, I would have dragged myself out to the living room and strangled her for giving me the plague and then mocking me.

When my fever reached 103°F (39.44°C), I grew concerned. I mentioned to the Houseguest I might have to go to the emergency room if it went much higher, and I could practically feel her roll her eyes even though she didn’t. I asked her to take a photo of me in case I decided to blog about it and she used that as proof I couldn’t be that sick.

Finally, I decided to call a 1-800 number provided by my health insurance plan and spoke with a registered nurse. She told me what to do to mitigate the effects of the fever without undermining its virus-fighting capabilities. (Primarily, she wanted me to stay hydrated — she wasn’t impressed with my soda-based hydration plan). She told me to drink liquids, including Gatorade. She also instructed me to go to Urgent Care in the morning to rule out a chest infection.

After the call, I began telling the Houseguest about the possible consequences of suffering a high fever. At that point, she’d had enough of what she viewed as my hypochondria that was verging on hysteria. (What the Houseguest terms hypochondria, I think of as an abundance of prudence). I told her she was too blasé about the dangers of fevers and she shouted that I wasn’t going to suffer brain damage, kidney failure, or die. The annoyed contrarian in me hoped I ended up in a temporary coma just to prove her wrong.

Now it’s not that the Houseguest lacked a sense of compassion for my condition, it’s just that it’s always undermined by how much I happen to be annoying her at the time (Plus, she’s Persian and prone to shouting). And at that moment, if she were a mother bird and I was one of her offspring, she would have rolled my ass out of the nest. Let’s just say that she has a woman’s natural suspicion that men are fundamentally wusses when it comes to illness. Then, because I didn’t have any Gatorade in the house, she offered me her coconut water and got mad when I politely declined (because it’s disgusting).  She insisted I drink it and I resisted.

“It’s got electrolytes, which you need.”

“They won’t help if I barf them up,” I whimpered but to placate her, I took a sip. “Oh God, this shit is awful.”

“Suck it up and quit whining like a baby and drink it,” growled the Houseguest. I finally relented and choked it down.

Luckily, my high temperature only lasted an hour and then fell steadily over the next few hours. By morning time, it was only a degree and a half above normal. The registered nurse at urgent care took X-rays and determined I didn’t have a chest infection just minor bronchial inflammation. He concluded I’d probably contracted a short-lived virus that was coincidental to my hacking cough, but prescribed antibiotics to be certain since I’d had the cough for so long.

So, now the Houseguest has shown up looking miserable with another sore throat. Plague bearer! I don’t know whether to confine her to the garage or spray her down with Lysol (and everything she touches). Actually, confining her to the garage won’t work. For one, it might be illegal. Plus, it’s getting pretty warm out so it would be more humane if I just barricade myself in the Man Cave and hope for the best.

Oh God, I can hear her hacking in the other room. Where’s that can of Lysol?

Okay, before I could post this when I got to work today, my coworker, CBass came into the office suffering from a cold. He’s super indispensable, so no way they were making him go home. Argggggh. We go out to lunch together a lot, but today, I kept my distance

Is that a tickle at the back of my throat?

I just can’t win. I might as well just get it over with and go hang out at a Chucky Cheese or an elementary school and let all the little grubby yard apes get their industrial-strength kid germs all over me.

Sorry, UK. I’ll probably be a plague bearer by the time I arrive in Blighty. I just hope I don’t end up giving the bride and groom the cold from hell.

18 thoughts on “I Live with a Plague Bearer”